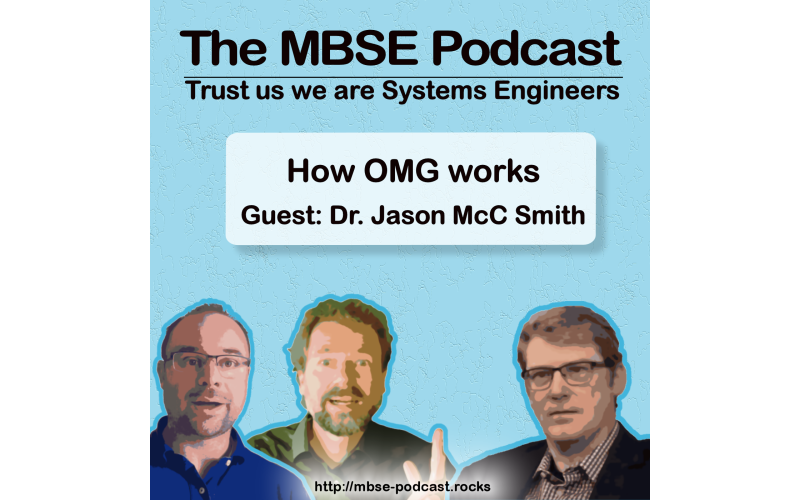 The Object Management Group (OMG) plays an important role in the MBSE world. Among others, the OMG is responsible for the development of SysML, but also for standards such as Unified Architecture Framework (UAF), Risk Analysis and Assessment Modeling Language (RAAML), and many more for the MBSE world.

The 5th episode of the MBSE Podcast has the CTO of the Object Management Group (OMG) Dr. Jason McC. Smith as a guest. They talk to him about how standards like the UML, UAF, or SysML are developed at the OMG and in general how the OMG works. They will explain it using SysML v2 as an example, which is currently being developed by the OMG. There are many questions:

Who is behind the standards? Who decides what goes into a standard and what doesn’t? How can you get involved in the development of the standards? What is the relationship with ISO? Where did the OMG come from and what is planned for the future? What does RFI, RFP, RFC, RTF, FTF, AB, TC, TM mean?

You can be there live on the Youtube livestream on January 13, 2021 at 7 pm or later on Youtube, Spotify, iTunes, Amazon Music, or Google Podcasts.